Gross National Happiness by Arthur C. Brooks is an in-depth evaluation of what individual factors are associated with happiness, primarily through a review of  US-based and international happiness survey data.   While some of the conclusions in Gross National Happiness are to be expected others are both interesting and surprising.  For example, unsurprisingly, the studies find that having friendships and positive relationships promote happiness.  More interestingly, though, the studies reveal the following:

(1)  Being religious is associated with higher levels of happiness.

(2)  If you describe yourself as liberal, you have a much higher chance of being unhappy.

(4)  Those who describe themselves as being ‘extremely’ liberal or 'extremely' conservative are happier than those who are ‘moderates’.

(5)  Those who work more hours, tend to be happier.

The author’s overall goal of the book is to identify those US government policies that will promote the maximum happiness of its citizens.

Review and Discussion of Major Points in Gross National Happiness

(2)  Using survey data - I was very concerned in reading Gross National Happiness that the data being used (self-reporting on happiness through surveys) wouldn’t be reliable.  After all, we all define happiness somewhat differently, there are differences in use of language across countries, and it is impossible to objectively measure happiness from one person to another (to compare ‘scales’ as it were, from one person to another).  The author deals with these issues pretty well and demonstrates that despite a scientist’s misgivings in terms of reliability of the data - when you average the data across individuals and populations, you get surprising stability and reliability.  Something real is being measured in these surveys and it does seem to be getting at this overall sense of well-being that the author has defined.

(3) Putting the cart before the horse -   The author’s logic, in terms of why he is writing Gross National Happiness, seems a bit backward.  In the book he implies that we should want people to be happy in our society because happy people do good things.  For example, he notes, happy people work harder, volunteer more, give more to charity, have better marriages, make better parents, and act with more integrity.  This strikes me as a bit odd since happiness (that overall sense of feeling good about our lives) is for each person, really an end in itself.  Why would you need these other behaviors as justification for promoting it?   In other words, while I certainly like these positive characteristics of happy people, they are secondary consequences not primary goals.

(4)  Conservative/liberal self-perception - One interesting point brought out by the book is that while self-described liberals view themselves as the happy ones in society - surveys repeatedly find that conservatives are much happier.  This divergence between perception and reality is quite surprising.  The author points out that one reason for this is that liberals view conservatives as rigid, inflexible thinkers.  At the same time, they view themselves as innovative, flexible thinkers, who can handle the real world and therefore be happier in it.  Somehow, though, it doesn’t work out for them.  Let’s analyze this logic a little deeper.

I agree that being open to real world data should actually benefit your happiness, so by this logic, liberals should actually be happier.  Unfortunately, in my opinion, both liberals and conservatives have areas of thought in which they are rigid and not open to real-world data.  This affects conservatives mainly in areas having to do with the derivation of individual rights (from God) and their views on ethics.   The concept of faith itself is anti-reason.  For liberals though,  views about race, class, environmentalism, the effects of welfare, and the role of government in society are held often with the same rigidity and unquestioning acceptance as though they were religious tenets.

I also believe that certain ideas that are fundamental to conservatism tend to promote individual happiness.  For example, consider the following beliefs, which are known to promote personal happiness, and ask yourself if they sound more liberal or conservative:

(1)  You are responsible for your own welfare

(2)  Happiness itself is a worthy goal

(4)  Your own attitude (not your race, gender, or some other group identity) is what is most important for your success in life.

(5)  Achievement by your own effort (earned achievement) leads to a sense of well-being.  When something is given to you, you lack a sense of pride in having it.

In my opinion, these happiness promoting attitudes are associated with conservatives, not liberals.

Additionally, the author points out in Gross National Happiness that liberals tend to pin their happiness to large societal or government actions or programs (which are hard to accomplish and difficult for any one person to take credit for) while conservatives view their own individual actions as most important and view society simply as a collection of individuals.  This gives the conservative a greater feeling of efficacy in affecting his/her own happiness.

I would add that having a moral code of values (religion), even if that code has flaws, is preferable to having no code at all.   Many liberals, while having the intellectual freedom to figure out what behaviors are acceptable or to be promoted - end up coming up with no systematic conclusions at all and so tend to be perpetually confused as to what is right and wrong.  To the extend liberals do have one overarching behavioral proscription, it is the idea that you must sacrifice anything of value that you have to those who are less well off than yourself.  (While this could be viewed as a basic Christian idea as well, in practice today, the Christians have somehow managed to carve out a culture that still recognizes as good the pursuit of individual happiness - while liberals have no such cultural refuge.)

(5)  Having children tends to reduce happiness - This is a very interesting result and was found to apply both to people who wanted children and those who did not want them.  I think the reason for children’s reduction in parental happiness is simply that children represent more work, worry, responsibility and unpredictability than is often realized by prospective parents.  Parents worry a lot about their kids - it stresses them out.  The time course of parental happiness, as the child gets older, also adds some insight.  When children are very young (infants/toddlers) the parents are relatively unhappy - probably because of the sheer amount of direct supervision, loss of sleep, and hours of care required by the child.  For the next years, parental happiness actually improves.  When children are teenagers, the parents are maximally unhappy - probably because of conflicts with the teenagers (their being unappreciative and being viewed by the parents as squandering opportunities, etc.)  Finally, when children move out of the house parents are, on average, much happier.  This may be because the day-to-day work of child-rearing is over and the whole endeavor can be viewed as a ‘success’ simply because the child has moved out and has become, hopefully, an independent thinking and acting adult.

(6)  Happiness is associated with having friendships and good relations in your community.  While this conclusion in Gross National Happiness is not a surprise, the author also notes that this leads to resilience on the part of people to handle bad news and events in their lives.   You can think of friendships and other positive relationships as your support system that will help you if other parts of your life run into hard times.

(7)  More work leads to more happiness - the author reviews many surveys which seem to demonstrate that those who work more are the happiest.  For Americans, this is especially interesting since we are forever being told to look to the Europeans for inspiration regarding having a better work/life balance.  Europeans have on average more vacation and they work fewer hours compared to Americans.  The author finds though that Americans are actually happier than Europeans.  Even within a country or region, working more hours is an independent predictor of higher levels of happiness.

This result isn’t surprising to me given my own view that finding and pursuing a major productive purpose is the most important factor in being happier.

(9)  High levels of self-described personal ‘moral freedom’ tends to lead to greater unhappiness -  In some way this relates to the liberal versus conservative discussion earlier.  Those who feel they have lots of personal moral freedom may never develop their own strong sense of what is right and wrong and, as the author points out, seem to have too many options when confronted with moral decisions.  (On this issue the author would have been helped by Ayn Rand’s elucidation of the benefit of principles.  If you abstract away the particulars and develop strong principles regarding what is generally right and wrong - then you will be more secure in your decision-making and you won’t be overwhelmed by the choices of everyday life.)

(10)  Specific government proscriptions-  Gross National Happiness has a large number of conclusions regarding what the author thinks the US government should do to promote happiness.  These include things such as promoting individual success (not just economic growth), ignoring income inequality while promoting systems that allow for movement from one economic level to another, realizing and promoting the benefits of work itself, promoting charity, and keeping the people free to pursue their own happiness.  These are reviewed in detail in the book but I did not find them as interesting as the analysis of the survey data itself.

Gross National Happiness by Arthur C. Brooks is a thorough review and mining of the data provided by multiple happiness surveys.  It is a treasure trove of interesting as well as expected conclusions regarding what individual factors are associated with happiness. The author’s overall intention by writing the book was to influence US governmental policies so as to promote happiness.  The book offers important insights regarding factors that promote or detract from happiness. 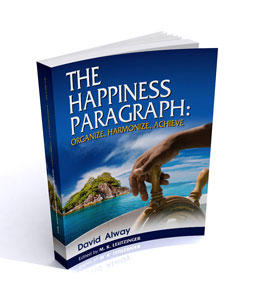